After the premiere by Schallfeld ensemble in March in Frankfurt (DE) during the Cresc… Biennale, young musicians from the IEMA Ensemble, one of the eleven partners of the ULYSSES Network, perform again Elena Rykova’s new piece during IRCAM ManiFeste Festival, and before another performance, again by Schallfeld in October 2022 in Barcelona, during the Festival Mixtur.

Besides this rerun, the concert introduces the World premiere of a collaborative work by composer Sebastian Hilli and animation artist Jenny Jokela, named Hibernation:

Sebastian Hilli / Jenny Jokela: Hibernation, for ensemble, animation and electronics, a commission from IRCAM-Centre Pompidou, Time of Music, Internationale Ensemble Modern Akademie, Gaudeamus Festival, with the support of the ULYSSES Network, co-funded by the Creative Europe Programme of the European Union, WORLD PREMIERE

Elena Rykova: new piece for clarinet, violin, cello, accordion, piano and electronics, a commission from Internationale Ensemble Modern Akademie and Mixtur Festival, with the support of the ULYSSES Network, co-funded by the Creative Europe Programme of the European Union, FRENCH PREMIERE

Coproduction IRCAM/Les Spectacles vivants-Centre Pompidou. With the support of the ULYSSES Network, co-funded by the Creative Europe Programme of the European Union. 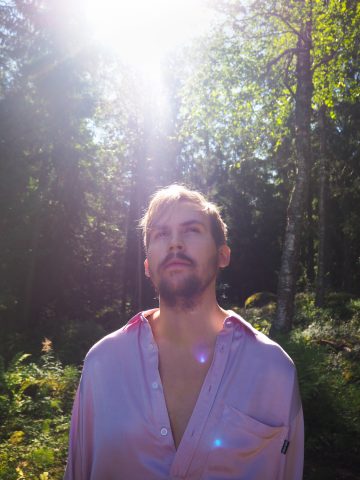 Hibernation deals with themes such as isolation, loneliness, depression, anxiety, shame and escapism as it follows its protagonist go on a personal journey of dreaming, sleeping and longing, gradually escalating deeper and deeper into hibernation.

The dramaturgy of the piece is built on the duality and alternation between dreams and reality. The story starts with autumn and leaves falling down, picturing the seemingly normal everyday life of its protagonist doing mundane things and alternating between day and night, awakeness and sleep.

At the beginning of the piece, the dreams and reality blend in and are not that far from one another, but as the piece progresses, the two become gradually more and more distinctive and the differences between them become evident – dreams becoming more vivid, hyper, rich and surreal and the reality becoming more monotone, repetitive and dull.

The reality, which is dominated by stagnation and routine, represents the actual state of the protagonist whereas the dreams, dominated by vibrancy and hallucination, represent the inner emotions; hopes, fears and longing for joy.

At the end of the piece, as the protagonist is more and more consumed by the dreamworld, it becomes evident that this hibernation is in fact not temporary, but a permanent state of denial and a means of escaping reality and avoiding the painful task of facing loneliness, depression and fears.