Gaudeamus annually invitesa young ensemble in the years 2021 to 2024 for participation in the festival Gaudeamus Muziekweek.

In 2021 the ensemble Black Page Orchestra from Austria is invited.
The Black Page Orchestra, founded in 2014 in Vienna, is an ensemble for radical and uncompromising music of current times. The ensemble focuses on compositions using electronics, video, and different technologies in an artistic context as well as pieces with a performative character.
During the Gaudeamus Muziekweek, they work like an ensemble-in-residence at Tivoli Vredenburg : they are present in Utrecht for 10 days, including a week’s academy period in which they work together with several young composers (such as the traveling young composers) who can develop sketches or complete works to be discussed, rehearsed and tried-out with the ensembles.

Part of the program are co-commissioned works by composers suggested by the ULYSSES Network partners, such as for example a co-commission with Divertimento Ensemble (IT) to Dutch composer Aart Strootman.

The ensemble performs two public oncerts are scheduled during the Gaudeamus Festival in Utrecht (NL) :

# 12th September 2021: Closing Concert and Gaudeamus Award (featuring among other Itziar Viloria in the framework of her ULYSSES Journey for composers) 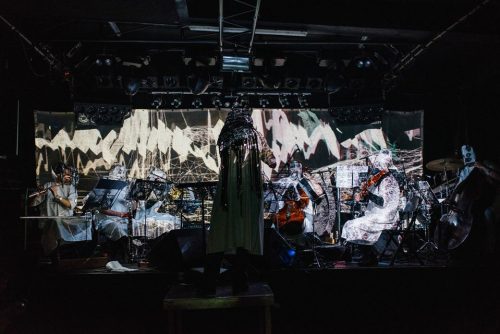