The ULYSSES Network supports several emerging European ensembles, programming concerts where a new repertoire is promoted, thanks to commissions and reruns. Founded in 2011 in Hamburg, Decoder Ensemble is one of the most innovative and unpredictable representatives of the international new music scene. For Decoder, cross-genre collaborations are as much part of its profile as pursuing a broad musical spectrum ranging from experimental instrumental music and multimedia set-ups to performance and conceptual art. The musicians of the ensemble are proven specialists in the field of contemporary music, and the majority also work as composers. Thus, instead of the usual separation of production and interpretation, fluid exchanges is their first priority.

In 2023, impuls hosts Decoder as ULYSSES Young Ensemble in Residence at its Academy and Festival. Decoder wil coach young composers, sound and multimedia artists, actors, dancers, instrument designers and instrumentalists selected from a Call for Projects and leading to a final Workshop-Concert on July 30th.

Additionally, Decoder members Leopold Hurt (e-zither, conducting and composition) and Jonathan Shapiro (percussion) will lead workshops with focus on their instruments. Leopold Hurt will introduce workshop participants to the e-zither, including practical tips on setups and notation, as well as traditional and advanced playing techniques. Jonathan Shapiro gives an insight into the history of the drum set and its use in contemporary music. Topics to be addressed include the exploration of extended playing techniques and sounds and the expansion with additional instruments, objects and electronics, as well as current discourses and directions in the use of drum set in contemporary music set. Read more about the Special Programmes at impuls here. 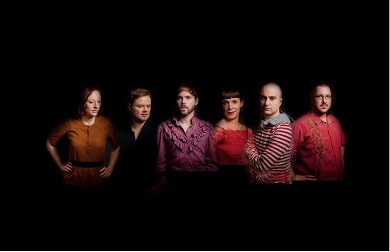 24 to 29 July: Call for Projects and Composer Workshop