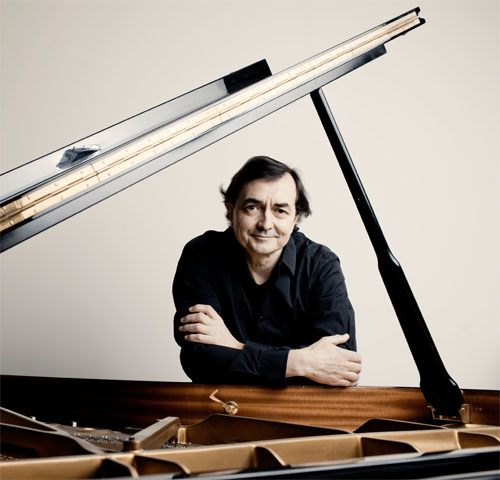 Since the age of 12 years old, Pierre-Laurent Aimard has been par of the entourage of Olivier Messiaen, of whom he is one of the most sought-after perfomers. Following the com- pletion of his training with Maria Curcio and György Kurtág, Pierre Boulez selected him for the Ensemble intercontemporain. He performed for 18 years with the ensemble, taking part in a large number of premieres and performances. Today, he teaches piano and chamber music at the CNSMDP and at the Hochschule für Musik in Cologne. Aimard has been the artistic director at the Aldeburgh Festival since 2009.

He will be at the IRCAM academy for some days, to lead master classes for young performers who have come from the four corners of the globe. Intensive sessions of activities are planned, and can be seen by the general public during performances at the end of the workshop.

The final concert will take place at IRCAM (Espace de Projection), the 29th of June, the entry is free of charge.

You will find more information here.