Ensemble Schallfeld, is the Ensemble in Residency at impuls 2017.

The ensemble benefits from all general offers the impuls Academy and impuls Festival holds, but impuls also set up a special call for score amongst its Academy participants already back in May 2016 for pieces to be written and handed in especially for the ensemble (hereby enlarging the ensemble´s repertoire and interconnecting it with young composers from all over the world – amongst them Eiko Tsukamoto, one of the ULYSSES journey composers, who will write a new piece for them as well).

The ensemble is guided through the selection process and also given support for the rehearsal process and actual realization. Besides presenting a selection of new pieces by the impuls Academy participants at the impuls Festival Ensemble Schallfeld also includes a piece of Agostino di Scipio, who works on site with the ensemble as well.

After the concert at the impuls Festival, which presents both, the young musicians and composers to a broader audience, Schallfeld will continue with giving feedback to all composers who handed in their pieces for the ensemble and work with some of the ones who have not been selected for the concert in the framework of additional reading-sessions.

in memoriam of our dear friend Ernst Binder

as well works by young composers of the impuls Academy 2017: 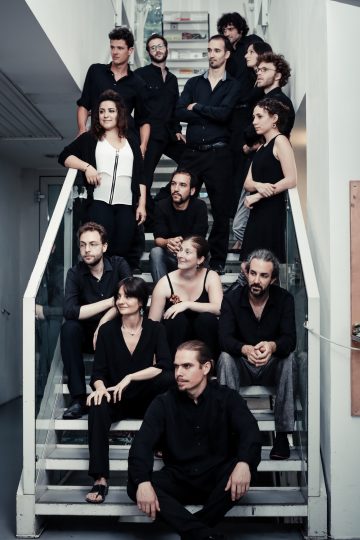 organized in partnership with IMD - DE