A project of Divertimento Ensemble, Milan (IT) 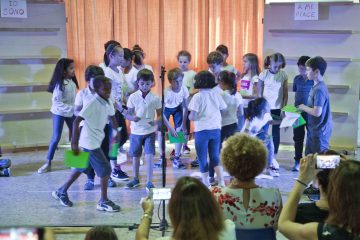 In 2012 Divertimento Ensemble started the project Giocare la Musica: an annual workshop for children with no previous musical education, aged 8-10.
Every year a group of children (different children for each edition) has attended a workshop from November to May and has then performed two new pieces composed for them, together on the stage with Divertimento Ensemble and its conductor Sandro Gorli. 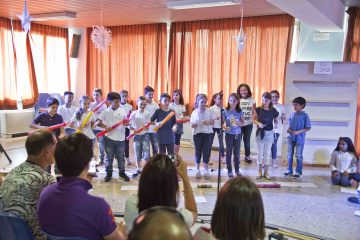 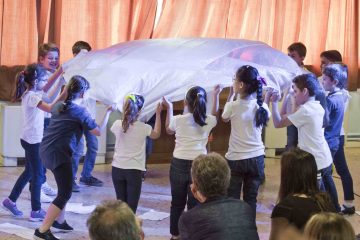 From 2018 Giocare la Musica has turned into a biennial project:

# during the first year (November 2017-May 2018) 57 children of an elementary school in Milan have got acquainted with the language of music in general and of contemporary music specifically, experimenting the production of sounds with different instruments, enjoying timbres and rhythms with the tutor of the workshop Giulia Farina, the composers Simone Corti and Stefano Gervasoni, and Divertimento Ensemble’s musicians.
The composers Corti and Gervasoni have attended many lessons and taken inspiration from the children’s aptitudes.

Moreover, the children themselves have created the text of the new pieces and bring on stage the difficult theme of Integration (the continuation of last year’s topic Migration).

At the end of the first year’s workshop a performance at the school took place, only for pupils and parents.

This final concert takes place on 25th May 2019 in Milan (IT) at Conservatorio di Musica “G. Verdi”, Sala Puccini in the framework of the Rondò Concert Season.