The new edition of Giocare la Musica, workshop for “non musician” children organised every year by Divertimento Ensemble, has started in Milan on November 2nd, 2016.

A big group of children participates to the 2016/17 laboratory:
64 kids (aged 8-10)  meet with the tutors Giulia and Cristiana every Wednesday until May 2017.

They are practising music without reading and writing notes, are getting acquainted with sounds and rhythms of today’s music using their voices, their bodies and some simple instruments; and they will meet soon the composers Roberto Andreoni and Daniela Terranova… An amazing experience!

At the end of the workshop the kids perform in a public concert, on May 21st, 2017, two pieces by Roberto and Daniela, written for children and ensemble:
on the stage of Teatro Leonardo in Milan (IT), Sandro Gorli’s baton conducts the kids and Divertimento Ensemble.
The concert takes place within the Rondò concert season: in the audience we should find Divertimento Ensemble’s usual public and many excited parents, sisters, brothers, grandmas, grandpas…

Discover the videos of the performance in Milan here: 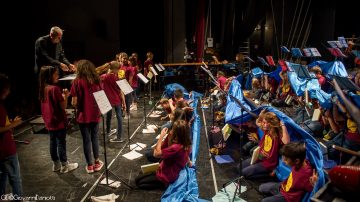 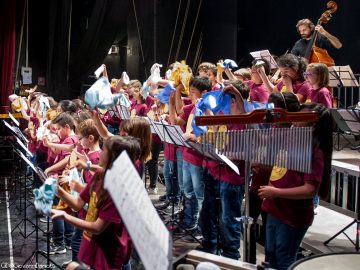 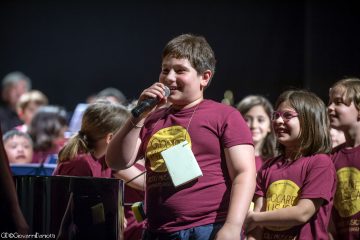 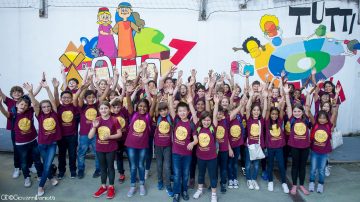 The two scores for children and ensemble will be presented to the Belgian audience in Brussels one year later:
a group of Belgian kids will begin a workshop in September 2017 and play/sing the two pieces in May 2018 with the ensemble Musiques Nouvelles.

The Brussels rerun continues a “traditional” collaboration within the ULYSSES network, between Flagey  in Brussels (BE) and Divertimento Ensemble in Milan (IT):

in the past four years the two institutions have already shared four more compositions for children and ensemble (composers: Daniele Ghisi, Federico Gardella, Hanne Deneire and Karl Naegelen) and a new soundtrack for the film by Alfred Machin Maudite soit la guerre (1914).

organized in partnership with Flagey - BE