In 2018, Ultima (NOR) hosts again several young composers and performers, supported by the ULYSSES Network in the framework of their ULYSSES Journeys, allowing them to create and to perform new works in the festival.

In this context, two fresh new works shower down on the public via the special 3D ambisonic listening dome constructed for Ultima in the Marmorsalen. 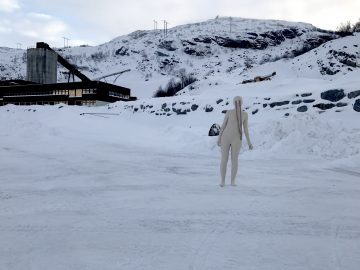 Tine Surel Lange (Norway, 1989) is concerned with climate crisis and her current music is saturated in the fear of environmental destruction as well as the new opportunities and life forms that might evolve from that. Her latest work premiered at Ultima is a continuation of her ongoing Arctic Creatures project, an audio-visual extravaganza with magic realist flourishes.

The two World Premieres are scheduled on September 19 at 6 pm at Sentralen, Oslo (NOR).