In the framework of a network-wide project, that started in 2017 already, and that connects the Cinemascope Trilogy by Austrian avant-garde filmmaker Peter Tscherkassky’s with new compositions by young composers featured in the ULYSSES Network program, IMD is following up in July 2018 with several world premieres during the Darmstadt Summer Course.

Austrian filmmaker Peter Tscherkassky is one of the internationally leading figures in avant-garde film. His works are shown and honored worldwide and – due to their formal and narrative complexity and density amongst other things – are a rewarding challenge both for composers to get involved with and audiences to experience them again and again.

The impuls academy and festival in 2017 opened the three-year project with a symposium addressing the topic of film and music in general. On this occasion, all composers involved also met Peter Tscherkassky, got to know his films and his working process, and discussed correlations of sound and the visual.

For the shortest film of the trilogy, the 2-minute L’Arrivée,  2 electronic miniatures are selected following a special call. The selected composers who have the opportunity to present their works publically in Darmstadt are Sandra Wuan-chin Li and Ekaterina Steppe.

All these pieces are presented for the first time on 20th July 2018 in Darmstadt at Centralstation in two public concerts, the premieres of the other partner commissions follow later in 2018 in Utrecht, and in Graz and Paris in 2019. 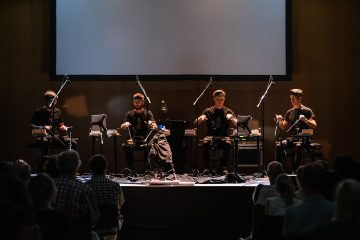 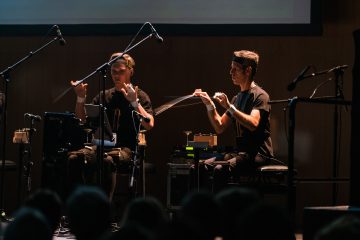 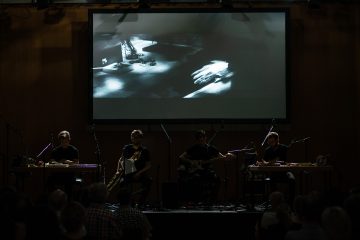 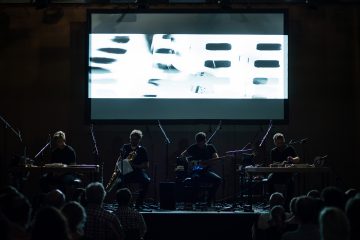