The young Austrian ensemble Schallfeld is again invited to participate in a ULYSSES activity as Young Ensemble in residency.

On 27th March 2020, the musicians present the premieres of impuls composition commissions in the framework of a “Text im Klang” Concert in Graz (AT). 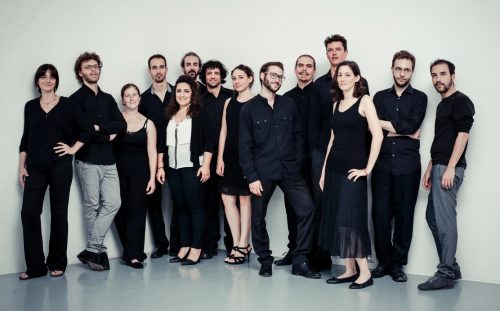 „Text im Klang” is a laboratory, where medial interlacings with a focal point on impulse are put into practice. Like in former years impuls again commissions new works from young composers, who this time take their initial impulses from the writings and especially from a personal exchange with the author Thomas Antonic. For the first time he, in turn, is commissioned to write and present new texts as reading-performance, partly interwoven in the music, for the premieres. During a first preparation phase, the topic of „disappearance“ has emerged as a common thread,  leading to different positions, interpretations, formal and conceptional developments. Hereby the intention of the project does not pursue a classical setting such as words to music or a simple translation of the words into music, be it with singers or as purely tonal representations of the texts, but is rather meant as cross-fertilization beyond genres and fruitful cooperation within the artists´ group.

Like in former years Ensemble Schallfeld plays an important role as a performer being both included in the process and the realisation of the compositions, thus working in close cooperation with both the author and of course especially the composers.

Followed by an Open Brunch on 28th March at 10am
Canceled – Rescheduled on 19th September (information available here).
(statements by and discussion with the involved author, composers and musicians).