Repertoire for ensemble from early 20th century to the present day

The XIII edition of the Conducting Course organised by Divertimento Ensemble will take place in Moncalvo, Piedmont, from September 9th to 16th, 2017.

From September 14 onwards the composer Marco Di Bari will attend, as tutor, the reharsals of his composition.
Four concerts, all performed in the frame of the 2017 Rondò concert season, will follow from Sept. 16th to 20th and will be conducted by different students.

The Course will be realized in synergy with the master class for vocal chamber repertoire from the second half of the 1900s to the present day (teacher Alda Caiello, Call for Young Performers 2017 / Voice, Piedmont, September 4 to 16, 2017). The repertoire for voice and ensemble of the master class and the one of the conducting course are the same: the singers, selected among those who will partecipate in the masterclass, will work (and perform in the concerts) together with the musicians of Divertimento Ensemble and the conductors of the conducting course. 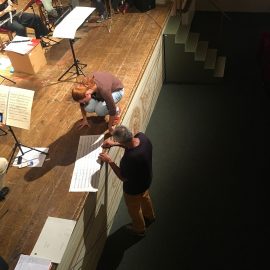 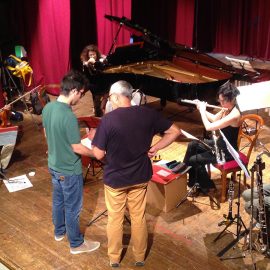 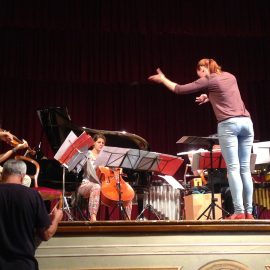