The Audience Research branch of the ULYSSES Network was established in late 2016 with the aim of investigating the audience for contemporary classical music in Europe. Newly composed classical music has long held a reputation for challenging audiences and for provoking a wide range of responses and experiences. This image of the genre has often held it back from reaching a larger, more diverse audience base. By learning more about existing attendees’ experiences at concerts of contemporary classical music, the project aims to identify ways to open up this contemporary art form to a wider public. A large-scale survey of audiences will be conducted at twelve concerts across the ULYSSES Network. This will take place in a total of ten countries, the first study of its kind on a European level. As well as investigating institutional and national differences, we will be comparing the results of this main survey with a smaller dataset from classical music audiences, collected at three of the ULYSSES partners.

The following research questions will be explored:

The concerts chosen for the survey cover a range of different musical styles and types of event, including audiovisual works, concerts with accompanying talks and programmes that mix new works with 20th century or earlier repertoire. In the analysis stages, particular attention will be paid to the experiences of first-time audience members vs. regulars as well as to comparing classical music attendees’ associations with contemporary classical music in order to provide fresh angles on this genre.

Beyond making a contribution to the sociology of contemporary classical music, we hope that the study will be able to offer useful insights not just to the institutions involved, but also to others working in this field, including composers, performers and curators. Thanks go to all the audience members that have taken part so far and to the institutions for their support and willingness to participate!

Research Visits scheduled all over the Network in 2017 and 2018:

A final presentation of the Audience Research project was held online on 26th October 2020 in the framework of the final partners meeting of the ULYSSES project 2016-2020.  You can access a video recording of this presentation here. 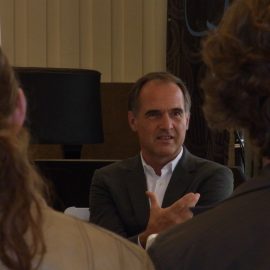 Reinhard Flender is Professor of Arts Management and Musicology and founding director of the Institute for Cultural Innovation Research (IKI) at the Hamburg University of Music and Drama. He directs Opus XXI, an annual summer school for young composers which has been part of the ULYSSES Network since 2012. He is the editor of Offene Räume für Kunst & Kultur: Innovatives Kulturmanagement aus Hamburg (LIT, 2012) and Freie Ensembles für Neue Musik in Deutschland (Schott, 2007). From 1987-2011, he was the CEO of Peermusic Classical, the European classical music branch of the Peermusic publishing group. In 2015, he became the director of the Institute for Arts and Media Management (KMM) in Hamburg.
Email: reinhard.flender@hfmt-hamburg.de 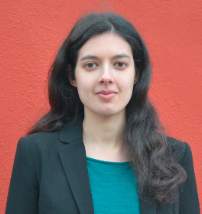 Gina Emerson is a PhD candidate in Music at the Institute for Cultural Innovation Research (IKI) at the Hamburg University of Music and Drama. She has been working with the Ulysses Network since November 2016 and is writing her doctoral thesis as part of the Audience Research project. Prior to this, she was a Research Associate with the 3DMIN (Design, Development and Dissemination of New Musical Instruments) project at the Technical University of Berlin. She holds a Master’s degree in Musicology from the Humboldt University of Berlin and an undergraduate degree in Music from the University of Oxford. Her research interests include empirical aesthetics, audiovisual music perception and the reception of contemporary music and new music technologies.
Gina’s research with the ULYSSES Network is generously supported by the Claussen Simon Stiftung.
Email: gina.emerson@hfmt-hamburg.de 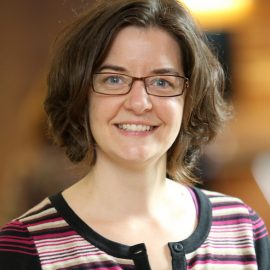 Stephanie E. Pitts is Professor of Music Education and currently Head of Music at the University of Sheffield, where she contributes to research and teaching in the psychology of music and music education and directs the Sheffield Performer and Audience Research Centre (SPARC). She has research interests in lifelong musical engagement, particularly amateur musical performance and live music listening. She is the author of Valuing Musical Participation (Ashgate, 2005),  Chances and Choices: Exploring the Impact of Music Education (Oxford, 2012) and, with Karen Burland, a jointly edited book on audience experience, Coughing and Clapping (Ashgate, 2014).  Current research projects include an investigation of the impact of amateur music making on local communities, in collaboration with Making Music, and another on experiences of contemporary arts from performer and audience perspectives, in collaboration with Birmingham Contemporary Music Group.
Email: s.e.pitts@sheffield.ac.uk