ULYSSES Journeys for Performers, Composers and one Conductor @ impuls


In the framework of the ULYSSES Journeys 2019 impuls hosts 7 young artists at its Academy and Festival in 2019.

Between 10th and 22nd February, they will be involved in various activities, getting valuable input by the high-quality tutors present at impuls, exchange with the many other participants coming from more than 55 nations and 4 continents … and, last but not least, will be presenting themselves also at various occasions at the impuls Festival. Just to give an example: Yalda Zamani will work with and conduct Bernhard Gander, Lauri Supponen will amongst others be engaged in the special Extended Percussion Composition, Michael Taplin in the special Composers meet Accordionists, … and of course also the musicians will be involved in various projects, presentations and concerts during impuls. 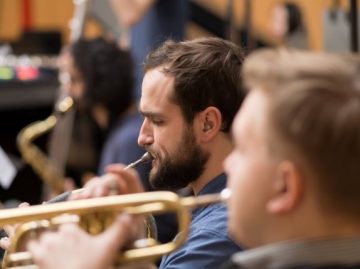